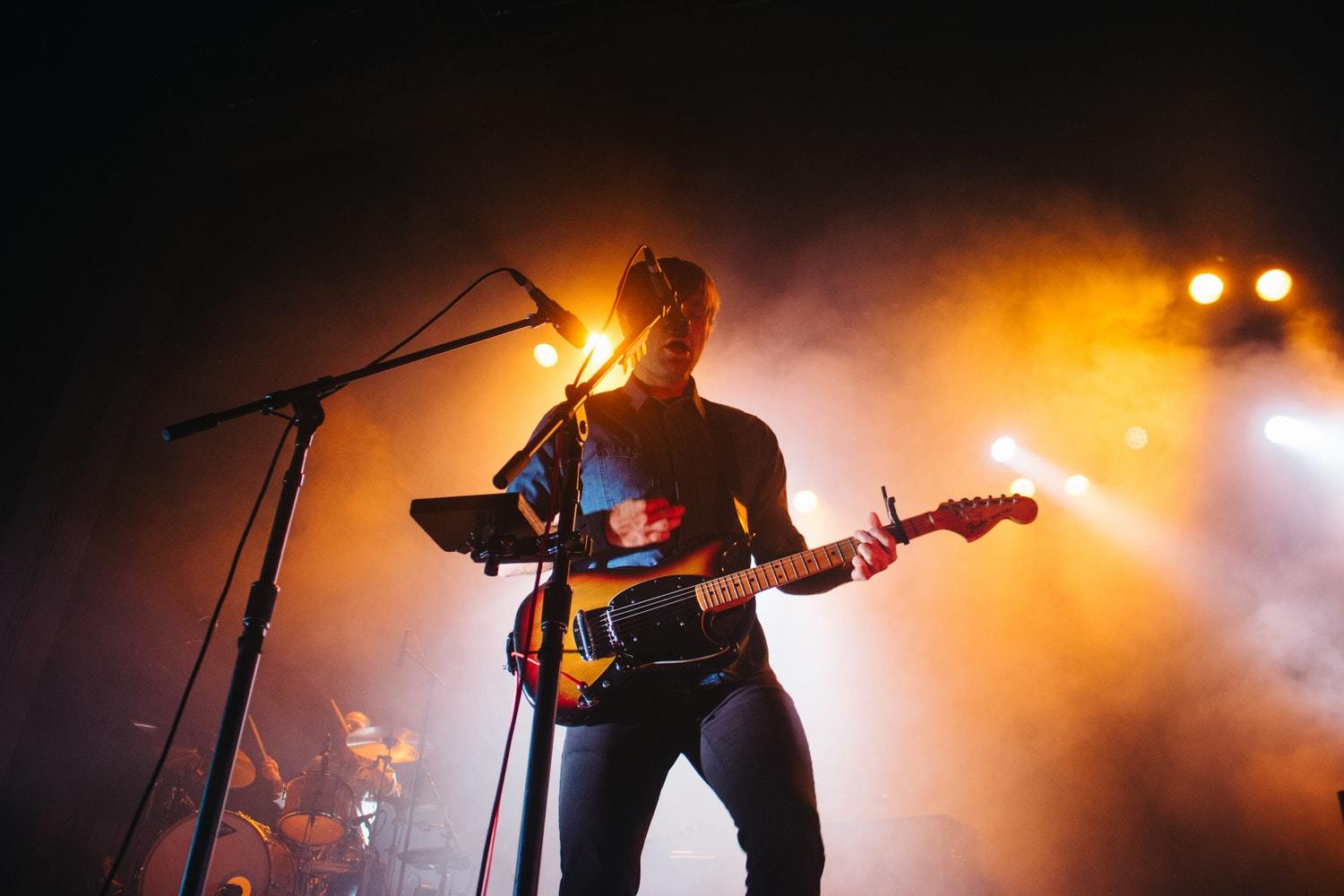 The Top Easy Electric Guitar Songs That You Can Learn Quickly

Let’s face it, the real reason that anyone picks up an electric guitar is because they want to play great music. Of course, you first have to get through the process of learning all the chords and techniques before you can get started. This can be rather frustrating if you are just looking for easy electric guitar songs that you can start playing now.

Well, the good news is that there are actually quite a few songs that fall into this category. Even better, they may what you love or you grew up listening to. Before getting started, though, let’s take a look at how you can play hundreds of different songs with little effort.

The Power of Four

Are you ready for an insane statistic? Well, here it is:

Most popular songs are made up of the same four chords. The chords responsible for this miraculous phenomenon are E, B, C# minor and A.

Yes, you read that right and no, it isn’t a joke. Mind you, not all songs contain just these four chords but a startling number of songs do. Now, before you start going through every song that you’ve ever heard, let’s take a moment to analyze why this is so.

Basically, you have math and human biology to thank for this. The human ear finds the vibrations caused by these chords to be the most pleasing. Not to mention, people have a tendency to hear these chords as ‘familiar’ when played.

So, when you put these chords together in a song, it isn’t hard to imagine that a hit single is too far off. The music industry has put this knowledge to good use. The benefit here is that if you want to learn to play hundreds of songs, you just need to master these four chords.

In this section, you will find songs that you can learn easily on the electric guitar. They don’t necessarily follow the four chord theory but they still shouldn’t be too much of a challenge for you:

This is the ultimate, modern anthem. Regardless of what genre or type of music you prefer, Seven Nation Army will have you standing up and stomping your feet. Needless to say, this is why it is blared from speakers at sports stadiums so often.

This is actually a rather easy song to master because the opening riff is played on just one string – the A string. However, you should be prepared to move your fingers around quite a bit on the fretboard, though. You will be playing the following frets in this particular order:

Shake It Off – Taylor Swift

Looking for something more contemporary or just not a big fan of rock n roll? Well, that’s not a problem because Shake It Off played on an electric guitar sounds absolutely awesome! Don’t believe this? Go ahead and give it a try.

What makes this a relatively easy electric guitar song to play is that there are just three chords involved. These are Am, C, and G. They are also the same all the way through so you don’t really have to worry about the song switching up as it goes along. Oh, as an added bonus, you need just two fingers to learn this song as well!

Smoke on the Water – Deep Purple

There are quite a few guitarists who can attribute this song to kick-starting their desire to learn to play the guitar. This isn’t surprising, considering that Smoke on the Water’s opening riff is one of the most recognizable in the world. It is also one that many novice guitarists cut their teeth on, considering that it is so easy to play.

So what makes this iconic song such a breeze to learn? This would be the fact that the riff consists of just two notes per chord. The progression ensures that your fretting hand just needs to focus on one particular section of the neck. So, prepare to start jamming in no time at all.

Sunshine Of Your Love – Cream

Speaking of iconic, Sunshine of Your Love is right up there as one of the more identifiable songs in the world. What many people are amazed to learn, though, is that this classic riff can actually be managed by less experienced guitarists as well.

While it does require you to strum several strings and chords together, it relies on just one-note picking. Furthermore, it isn’t too fast and so, you will be able to keep up rather easily. Since you will be relying on the A, E, and D string, here are the frets to familiarize yourself with:

Let’s end this list on a high note – with the ever-relevant Stones. Satisfaction is more than just recognizable, even to the untrained ear, it is also downright catchy. Once it’s in your head, you aren’t going to stop humming it any time soon. Therefore, you can practically owe it yourself to learn how to play this song.

Now, did you know that to recreate the opening riff (and chorus) you just need to play one string? That’s right! Just keep strumming that A string and you will come close to sounding like Keith Richards. There are also just three notes: E, A, and D.

As you can see, you don’t need hundreds of guitar lessons to sound like the pros. Instead, with some insight and a couple of tricks, you can play your favorite songs without too much trouble. Best of all, you get to impress your friends and act like a total rock star in the process!

Greetings from Los angeles! I’m bored to tears at work
so I decided to browse your site on my iphone during lunch break.

I really like the information you provide here and can’t wait to take a look when I get home.
I’m surprised at how fast your blog loaded on my
cell phone .. I’m not even using WIFI, just 3G .. Anyways,
very good blog! asmr 0mniartist

I all the time used to read post in news papers but now as I am a user of web thus from now
I am using net for posts, thanks to web. 0mniartist asmr